Be Still, My Foolish Heart 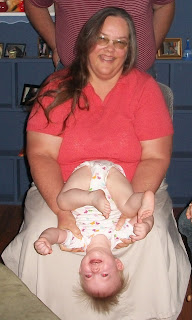 My apologies for my absence recently. Unfortunately, I have a really good excuse. I began having chest pains again and on Labor Day found myself once again in an ambulance on my way to the Emergency Room. Another week in the hospital, another round of tests, including for pulmonary blood clots, another heart catheterization and once again, my heart was blocked in the same spot - so another stent; the third in the same place in six months.

Evidently my heart does not like metal stents very much. A bypass is looming, but hopefully (prayerfully) this stent will be the solution. The first time, I thought, "Whew, dodged a bullet! But now I'm fixed and all's well that end's well." Except it wasn't ended, after all. A few short months later I was back in getting a different kind of stent inside the first one. But the first one was a bare metal stent, and there was a 20% chance of restenosis - my heart had quickly formed extreme scar tissue - so they put in a drug-eluting stent. Only 5% chance of this one ever reblocking. But two months later, it did.

So now I "get it." I have an ongoing problem and they can't just fix it. They did tell me, however, that it was not my fault and that helped some. I have been doing everything I am supposed to. I actually crave vegetables now. Never saw that coming. I fix salads with spinach, radishes, carrots, celery, cucumbers, red cabbage, green cabbage, onions, lettuce, tomatoes, precisely 3 olives and sometimes a bit of chicken. That's probably more veggies in one salad than I used to eat in a year! And I like it. Very much. I don't even think of unhealthy foods as "real" food anymore. I've lost 30 pounds so far.

The exercise is a bit trickier, because every time this happens it sets me back to square one. I had just gotten to where I could exercise 30 minutes daily again. Now they tell me that in a few weeks, I can set the timer for 5 minutes and walk around inside my house, as long as I don't hurt and my heart rate doesn't go too high. Once I can tolerate that, I can add one minute every other day. I thought this was a major over reaction, so I tried it after one week. Turns out they were quite serious. I had chest pain for 3 days afterwards.

The medicines aren't much fun either. The slow release nitro pills gave me an excruciating headache for hours every day. But when I quit taking them I had chest pain. So I'm back on them. I chose headaches over chest pain, but this time the headaches aren't nearly so bad, so maybe I've adjusted, hallelujah!

All of this heart nonsense makes me think of my mortality. As a Christian, God has blessed me with peace, contentment and joy in this life. I love my life! But I have eternal life as well. This life is just the journey. Heaven is the destination, and the reward. I mean, really, even if you are having a great time on the ride, you still aren't sorry to arrive at Disney World, right? I am loving the journey, and I am looking forward to the destination. May God help me bloom where I'm planted, and glorify Him in whatever circumstances I find myself.
Posted by Rosezilla (Tracie Walker) at 1:12 PM

Oh my sweet dear friend. How I have missed you.

Thanks for all your medical updates. I feel for you as my dearest had 5 bypasses 13 years ago, a stint 5 years ago, and a pacemaker 2 years ago, and he's still "ticking" at age 73. God is good, and he counts every day a bonus. We know where we will spend eternity too.


On the other hand, I've been having some severe gall bladder attacks, so I'm waiting for approval from my insurance for the surgery.

I did exactly what you did...changed my eating drastically, and have love my 30 pounds, and now exercising three times a week at the Gym which is covered by my insurance. I'm exercising with a group of Seniors and it really fun.

Will be praying for you dear.

I had no idea of all you've been through. What an ordeal. Take care and mind your doctor!

Oh I am sorry to hear all these things .Hope you better now.Your new reader.

Oh I ma so sorry that you have to deal with health issues. It must be one of the most difficult things in life, when ones health is failing.
I too love vegetables and particularly fresh made salads.;) I only wish someone would prepare them for me.;)
xoxo

Hi Tracie ~~ I am so sorry you have had such serious health problems and
hope they have got it right this time.Will say a prayer for you my friend. I had two heart attacks in April but no hardware or stents yet.
I am glad you liked the Elephant story and thanks for the joke you sent me.I enjoyed my week with Bec.
I am sorry your grandfather died the same day as 9/11 but glad it wasn't in the disasters. Take great care, dear friend.
Love, Merle.

My goodness, Tracie - so much you are dealing with! I'm sure it does make mortality so much more real to you. I'm glad you're doing so well though with diet and slowly, slowly increasing exercise. I hope (and pray) that things will turn around soon. I love your analogy of getting to Disney World - so true!! Keep blooming, my friend! And BTW - very cute photo!

Thank you all for your visits! Wanda, that is very encouraging that your husband is still hanging in there, enjoying his life. I'm sorry about the gallbladder stuff, tho, that's no fun! You'll feel much better when it's taken care of.
Good to see you, Steviewren!
And Zuzana, my daughter-in-law is the same way, loves custom salads if someone else will fix them for her, and I love to do it!
Izdiher, welcome, thanks for reading my blog and introducing yourself!
Merle, you are welcome for the joke, I hope you can use it. I thought it was funny, but if you don't, then no hard feelings. Susan, that of course, is my lovely and zany granddaughter and me, enjoying our time together.

I was shocked to come here and read what has been going on in your life! I hope and pray that this stent will be the last and your medicines will stabilize your system. Headaches and chest pains are no fun!
Hugs,
Cheryl

My my my. I'd heard hints of your condition on FB but had no idea the whole ordeal. It's great that you have been working so hard with the diet. Praying that the balancing of medications will work out.

It is my pleasure to be here and read your post .The are nice .Would be here again and again.

Oh, my goodness! (except there is none good, no, not one)...I am evidently a slow learner or I'm beginning to slip. When you said in your comment on my blog, "but I had a good excuse for my absence" it took me two whole days to have the thought, "Maybe she has written about it in a new post; I ought to go over there and check it out."

I am so sorry to learn what you have been going through and you certainly have my best wishes and prayers for a speedy (and full) recovery. Who would ever have thought that having three stents in the same place within six months gives a person a craving for vegetables!!??! I had a heart attack almost 16 years ago (at the age of 55 minus two months) and have never had to take one single nitro pill since.

Get well, my friend. As someone once said, life is what happens to you while you're making other plans.

Trace, so SO sorry to hear this. Sounds like you're doing better daily, which is great. Keep up the good work. Wonderful to hear you're embracing the healthy diet, and esp. veggies! They are your FRIENDS! lol

Seriously though, my dad had a triple bypass almost 6 years ago. Had a health scare the beginning of summer; thought he might have to undergo another open heart surgery. Thank God, no. But he has spent quite a bit of time lately thinking VERY VERY Hard about his diet. You'd think w/ a daughter running a low so website he'd be salt free, but far from it. This is a man who's spent his life eating meat meat and more meat, and at least 3 meals a day. He called me a week ago and announced he's started a (wait for it) VEGAN diet. I nearly cried. He read a book called Prevet and Reverse Heart Disease and it's completely changed his outlook. I just got a copy and it's pretty amazing stuff. I highly recommend you read it too. Wishing you much health & happiness, always, my friend!

Good to hear from you again, Cheryl! I miss your blog. Nikki, your blog is a peaceful spot of beauty in my day... I'm sure that's good for my heart. Hello again, Idziher, and Bob, I wondered if I should have told you I'd blogged about it. Although I'm not sure I had yet when I left the comment. Christy, my friend, thanks for the encouragement and the link. This book sounds similar to one my cardiologist actually prescribed for me by Dr. Dean Ornish, called Spectrum. Very good book, and also about reversing heart disease. Once I get the metal allergy under control, I still have to fight the disease in the rest of my heart and keep it from spreading. I appreciate your website and recipes very much.