A teenage girl of my acquaintance recently acquired a new tattoo. She is quite excited about it, and I can't figure out why. I know I'm over 30 and not to be trusted, but if any of these young people asked me, I could give them several good reasons to steer clear of "body art," for their own good. Ah, there's the rub. What young person wants his plans thwarted "for his own good?"

When I was young, the only people I heard of who got tattoos were Military men. The rumor was that they were often drunk when they allowed themselves to be talked in to it. Usually when someone will only do something if they are drunk, it is either a) stupid, or b) painful. Quite frankly, if it is so painful that someone who gets shot at for a living is afraid to have one, what business do I have attempting it?

But there are other reasons beside cowardice that make me reticent. I'm also cheap - and tattoos aren't! When I want to spend way too much money to have someone hurt me, I just get really sick and require medical procedures, like a sensible person. Sometimes I even get permanent scars!

Actually, permanence is behind my major reluctance to be tattooed. I  know what I use to draw on my hand in ink when I was a teenager, and I can assure you that I would be embarrassed if those things were still emblazoned on my hand to this day. What in the world would I want so badly that I'd be willing to wear it on my skin forever?

Some people have answered this question to their satisfaction. I was treated to a "tour" of firemen's tattoos once, and these men had really good reasons for every tattoo on their bodies. But these were battle-weary men, not teens. Teens are prone to growing up, and growing up changes one's likes and dislikes considerably.

There is something else these teens fail to consider. Besides growing up, the sad fact is that many of them are destined to grow, um, shall we say, out! Changes in weight can drastically change the look of a tattoo, as it does everything else. Girls in particular want to put tattoos in places that are likely to change over the years. I was told of a young lady who had a lovely little rose tattooed near her navel. Lovely, that is, until pregnancy caused the rose to bloom into a bloated, ugly blob that did not recede with a return to normal size.

So I am unlikely to ever get a tattoo. (Although my Dad waited until he had a prosthesis due to losing a leg to diabetes - he had a wonderful tattoo drawn with Sharpies that was the envy of all the rehab patients!) But if my entrepreneurial side ever kicks in, I'll be busy coming up with a way to remove tattoos thoroughly, because some day, when these young people grow up and change their minds about the body art they loved in their younger days, the real money will be in tattoo removal!
Posted by Rosezilla (Tracie Walker) at 12:14 PM 6 comments:

Quote of the Week

"Steve Hawking claims we don't need God, because the universe can be explained entirely by the laws of physics. But apart from God, how can we make sense of the existence and properties of the laws of physics? How could such laws exist apart from a law-giver, and how could we know that they apply everywhere at all times? The Christian world view can make sense of these things.

God upholds the universe in a logical and consistent way that can be at least partly understood by the human mind. Thus, the Christian world view provides a rational foundation for science. However, Hawking is left in the embarrassing position of having no logical justification for the methods and procedures of science. He must borrow concepts (like universal laws of nature) from the Christian world view while simultaneously denying the Christian God." - Dr. Jason Lisle, Astrophysicist 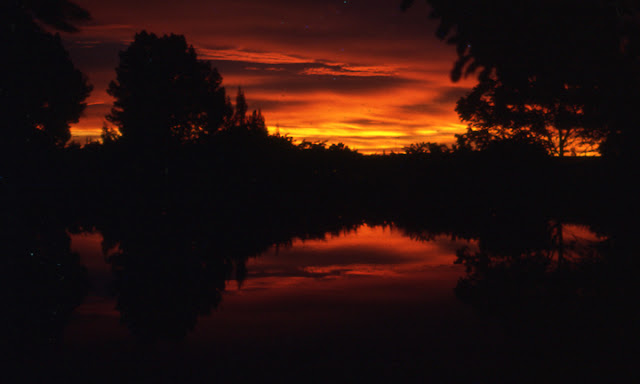